This piece is Lisa's personal account of her experiences. This piece was published as part of the Trans Pogramme monthly eBulletin, TransMission. 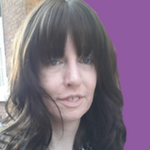 It was the day after Sparkle 2012, held around Manchester's Canal Street, that I decided I had to transition. The year before I'd spent suppressing everything trans about myself and, for 7 months, I'd tried to 'go cis'. It didn't work of course; I just ended up depressed and suicidal, so from late 2011 into 2012 I tried the opposite, to see if this was what I really wanted or if the reality would be too hard. I am nothing if not clichéd in my transition; I was testing myself.

Now, I'd never dare to argue that Sparkle is in any way 'real life', but it’s not as far off as some believe. Yes, it’s a mostly safe space and there’s a lot of people the same for osmotic moral support but a whole lot of cis people are there too and it’s possible to explore further into Manchester. It’s a place to nurture fragile confidence and meet others known only online.

I do understand why some people have reservations about Sparkle.Yet there are also trans people like me; unsure of where I fitted, what I wanted and, let’s face this, how passable I could be? For this reason, I continue to go to Sparkle each year to meet with friends from across the trans spectrum, to see sights that cannot be unseen, to show others that transition is possible and, of course, to make merry and have fun.

When I returned home from that Sparkle, I was changed, it had flipped in my self-understanding that I wasn’t a man trying not to be a woman, but rather I was a woman who was trying to live as a man. Suddenly things made sense and I knew I had to transition.

I've continued to travel back to Canal Street and Manchester to meet friends, to go shopping and hang out since. I learnt about HRT and surgical options there, about dressing practically, and about the importance of a fast access umbrella in the Mancunian summer. All the while, the more relaxed atmosphere allowed me to build confidence, meaning that by the time I came out publicly in summer 2013, it was pretty much a non-event, despite me being into my forties and not on oestrogen for a further 3 months.

Not all is rosy though. To date, the only bar in which I've ever been openly laughed at is on Canal Street and, though it’s slowly fading, there is still residual transphobia from some within the gay community (who thankfully avoid Sparkle). The guy who regularly sat at the end of the bar of another establishment, whose favourite pastime was to say “Alright mate” to every trans woman passing him on the way to the toilets, will always be a f**king git in my mind though. In many ways these experiences mirror the biphobia that has always been present in sections of the lesbian and gay community, or the policing of appearance within these same communities. As trans people become ever more visible, there will inevitably be a backlash, but understanding of trans issues is growing and if we can remain patient whilst the LG and B concede their space to include us, we can all move on to criticising the cis 'n' straight hen parties instead.

I've also had two, more risky, encounters leaving Canal Street; the first during Sparkle 2012 when, heading back to my hotel in the early hours, I found my path blocked by a man wanting to join me there. It was my first experience of the changed power dynamic that transition would bring, but luckily after 10 minutes I was able to talk my way out of things. Three years later, having forgotten all about this fright, I was walking back towards Piccadilly late at night, my transition almost complete when a group of lads began shouting drunken sexist abuse. Again, I got away with it, this time by feigning deafness and realising a faster walking pace, but the double danger of being a lone female target and facing discovery as a trans woman shook me up. So please don't take risks; until culture corrects the worst of male behaviour, we remain vulnerable.

Despite this, I will always have a fondness for Canal Street, from when I treated it as an LGBT 'Diagon Alley', safe from the cis muggles outside, until now when I occasionally wander its red brick road on my way to some other city centre life. If you've not yet been, please come out, come out, wherever you are ...